Spoiler alert – (a) it is intensely busy at the Southbank Centre over any half term break; and (b) there is always something great to do so you’ll fight your way through the crowds and go there anyway……

Just in time for February half term (but running till June), Southbank Centre launched the very ethereal and fascinating Soundpit experience by Di Mainstone.  In simple terms, the ‘soundpit’ allows you to create a combination of sound and light images (in a dark room for maximum effect!). In more poetic terms, the movement of the sand through touch creates a range of sensory effects allowing you to hear and see the music you are composing. For children, there is the simple enjoyment of sensory play in an unusual environment, but even for adults there is something hypnotic and calming about seeing the sand move and hearing the different tones when you touch the sand.

The sessions are 45 minutes each, which for C was a little long.  After about 15 minutes most of the kids were making sandcastles in the soundpits, and A LOT of other parents with kids left with us after about 20 minutes, but for older children and adults it’s probably a good length of time. 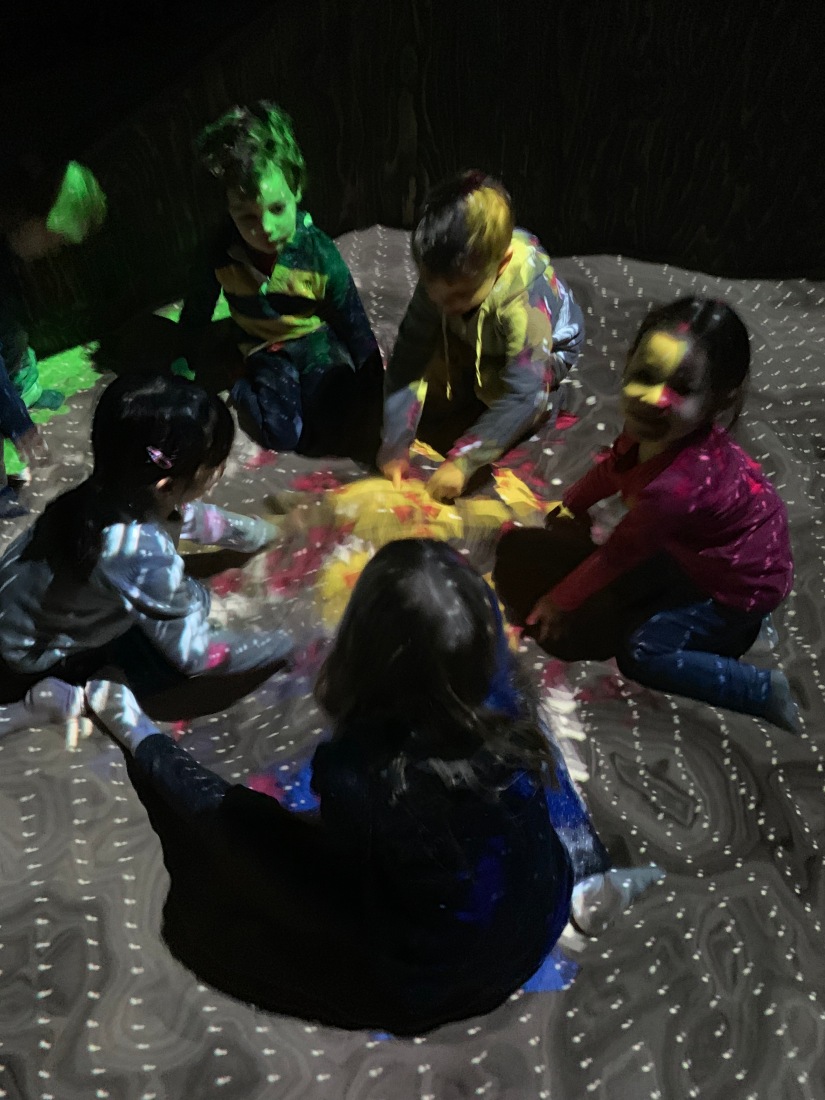 Outside there was a huge active play area to burn off some extra energy!

We did the obligatory ‘slide on an artsy seat’ thing….

And finished the morning with a dance-off to the hilarious Figs in Wigs! C still asks where the Figs in Wigs are, 3 weeks later…

All in all it was a great day out. No doubt we’ll be braving Southbank Centre again during the next halfterm, against my better judgement!